Stress A-Z Index
Home»Blog»Testing»Home is where the Happy Meal is: Navigating Life and Business in Singapore

Home is where the Happy Meal is: Navigating Life and Business in Singapore

About 37 years ago, my father transferred our family halfway around the world from Texas to Kuala Lumpur, Malaysia to work as a manager for Texas Instruments. I was a school-aged boy at the time, and I remember having many incredible adventures. The Snake Temple in Penang, the floating markets of Bangkok, and egg-laying turtles on the east coast of Malaysia are just a few of those great memories. I also have a vivid memory from the Island of Singapore and the McDonald’s®! There were no McDonald’s restaurants in Kuala Lumpur at the time and, as an American kid, a Happy Meal® was the essence of comfort food. 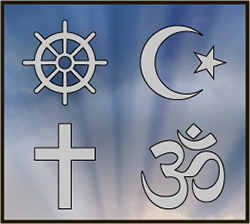 Almost four decades later, Stress Engineering Services asked me to move my own family halfway around the world and open a test facility in Singapore. This time, McDonald’s would not be among my primary concerns; instead, I would be reliving my father’s challenges of navigating a business environment that was not “American.”

In the short time we have been here, my family and I have adjusted well to Singapore. We find the history, culture, and people here to be quite fascinating. In one generation, Singapore transformed itself from a third-world to a first-world country. Singapore now ranks among the top five foreign exchange markets, financial centers, oil refining and trading centers, and container ports. Singapore is ranked in the top ten for lowest perceived level of public sector corruption. To achieve these incredible statistics, Singapore has purposefully created a business-friendly environment.

Four official languages are spoken in Singapore: English, Malay, Mandarin Chinese, and Tamil. English is the first language taught in all government schools and is the official language in the business and government sectors. Culturally, Singapore can be characterized as a secular immigrant country. The primary religions include Buddhism, Christianity, Islam, and Hinduism. Respect for different religions and personal beliefs is strongly encouraged by the government. For example, to emphasize the importance of racial harmony in daily life, schools in Singapore celebrate Racial Harmony Day on 21 July annually. Students come to school dressed in various ethnic costumes, and some classes prepare skits and other activities focused on racial harmony. 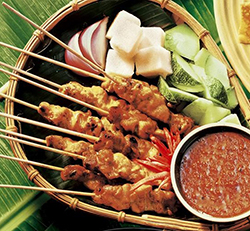 Singapore boasts a highly educated workforce through the five Institutes of Technical Education (ITEs) and six public universities. Two of Singapore’s universities—National University of Singapore and Nanyang Technological University—are consistently ranked among the top schools in Southeast Asia and are highly regarded on the world stage.

Another significant aspect of the business-friendly environment in Singapore is the tax system. On the business side, the current corporate tax rate is 17%. For individuals, Singapore employs a progressive income tax rate with the highest level set at 22%. While there are numerous advantages for doing business in Singapore, a few aspects of life here will “knock your socks off.”

Did you know that Singapore is regularly ranked as one of the top ten most expensive cities to live in? The cost of a owning a car in Singapore is a prime example: a continental car that costs about $32,000 in the United States will cost about $160,000 in Singapore. Housing is also very expensive in Singapore. However, food can be relatively inexpensive and tasty at any of the local hawker centers around the country. Singapore is known for its fine dining and shopping. Singapore is also a vibrant and welcoming city; people like me will find it fairly easy to transfer to here and start a business. And there is good news for my two young sons as well—Singapore still has McDonald’s. 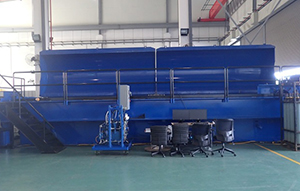 Stress Engineering Services, Pte. Ltd. opened its doors in Singapore in August 2015. The Singapore test facility comprises 7,000 ft2 (650 m2) of floor space. A sampling of the capabilities at the Singapore facility include a 3,500 kip (1,587 metric ton) load frame, two power tongs, a resonant fatigue machine, and a test pit. With our test facility and offices in Singapore, we are able to efficiently assist clients in Southeast Asia in solving their most challenging technical, design, and engineering problems.

Scott has been a member of the Stress Engineering Services family for over 10 years. In addition to managing the day-to-day operations of the Singapore facility, his engineering expertise is in the design and implementation of complex test programs including fixture design, project management and data analysis as well as addressing issues related to mechanical and material applications.

Home is where the Happy Meal is: Navigating Life and Business in Singapore